Viet Nam was named among the world’s top 20 host economies for foreign direct investment (FDI) for the first time in 2020 with an inflow of US$16 billion. 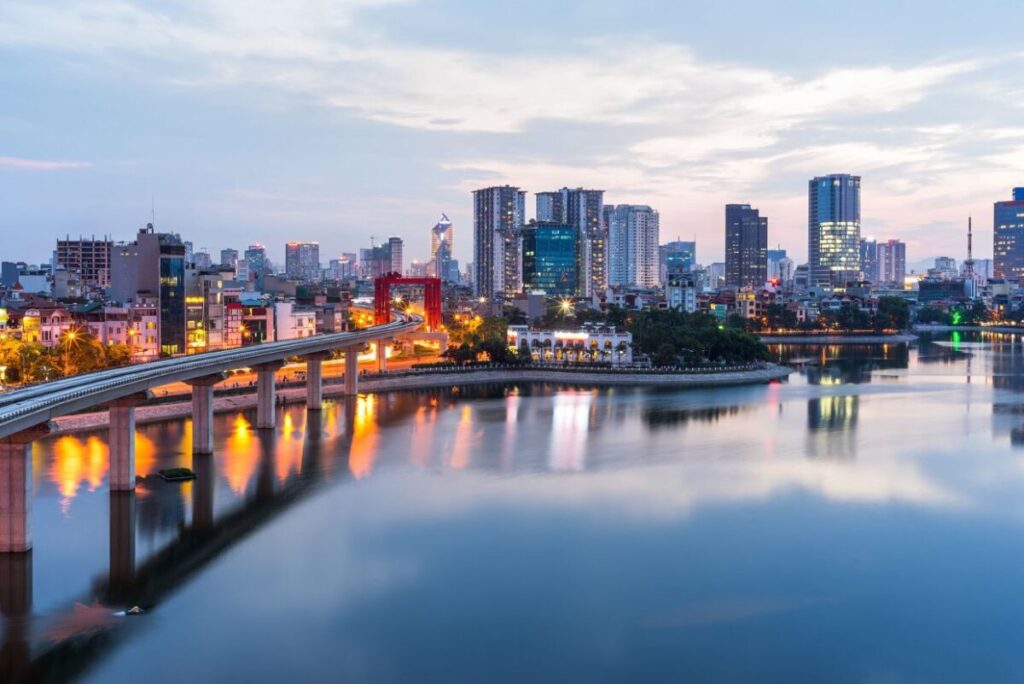 The country was up five places against last year’s ranking to reach 19th on the list, according to UN Conference on Trade and Development (UNCTAD)’s World Investment Report 2021.

While global FDI flows fell by 35 per cent to $1 trillion amid the COVID-19 pandemic, the lowest level since 2005 and almost 20 per cent lower than the 2009 trough after the global financial crisis, the FDI in Southeast Asia, considered an engine of global FDI growth for the past decade, contracted by 25 per cent to $136 billion, said the report.

It stated that Viet Nam remained among the three largest recipients in the region with a decline of only 2 per cent, while the remaining two of Singapore and Indonesia suffered drops of up to 21 per cent and 22 per cent, respectively.

According to UNCTAD, a slight decline in FDI to the country was due to significantly lower investment contractions in manufacturing and realty activities.

However, thanks to the rise in investment in electricity projects, including a $5 billion gas-fired power plant proposed by ExxonMobil (US) and a $2.2 billion coal-fired power plant developed by Thai MNEs in the Quảng TRị Economic Zone, the flow of FDI was still okay.

As investors, Singapore and Japan topped the list of countries and territories having investment projects, in which Singapore’s reached $5.64 billion, 37 per cent of the total and Japan invested $2.44 billion, a surge of 67 per cent in investment compared to 2019.

UNCTAD pointed out local measures to promote investment, including the permission for certain disputes between foreign investors and the State to be taken to international arbitration, were keys to attract FDI inflows.

The report also said the Vietnamese government has expanded the list of business lines eligible for investment incentives, along with the publishing of a detailed list of conditions applied for businesses to be considered high-tech enterprises eligible for tax incentives as good points.

“Viet Nam for the first time introduced a negative list on market access, affording foreign investors with national treatment (NT) except in the sectors included in that list. The country also raised the cap on foreign ownership in domestic airlines.”

According to the report released late June, the US continued to be the world’s largest FDI recipient, followed by China and Hong Kong (China).

UNCTAD expected global FDI flows to bottom out in 2021 and later recover some lost ground, with an increase of about 10-15 per cent.

The report said: “This would still leave FDI some 25 per cent below the 2019 level,” adding current forecasts show a further increase in 2022 when the upper bound of projections would bring FDI back to the 2019 level.

The report concluded: “Prospects are highly uncertain and will depend on, among other factors, the pace of economic recovery and the possibility of pandemic relapses, the potential impact on FDI of recovery spending packages, and policy pressures.”

Currently, Viet Nam has totally 33,787 foreign investment projects with a combined registered capital of $397.89 billion, while the disbursed amount stood at US$241.1 billion, 60.6 per cent of the committed amount. 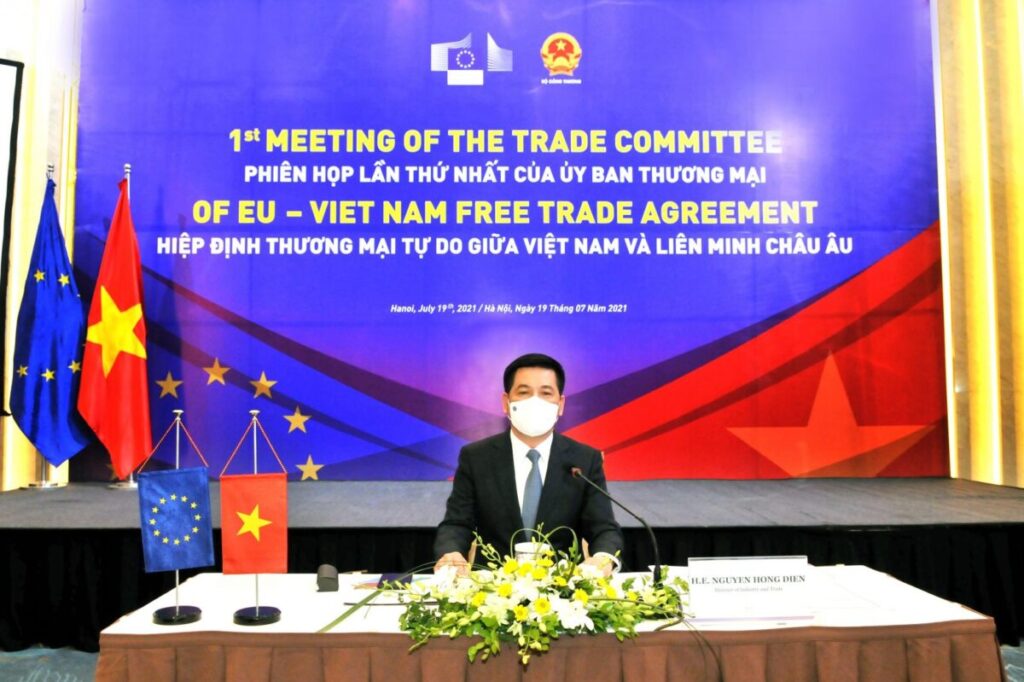 The meeting, held in online format, aimed to review the implementation of the deal and discuss issues related to trade and investment in both bilateral and multilateral frameworks.
Participants adopted Decision No. 01 of the committee on its operation mechanism, which comprises regulations on its function, membership, secretariat, decision-making procedure, and information transparency.

Both sides agreed to coordinate closely to speed up the implementation of the deal and cope with matters that may pose negative impacts on the operation of businesses of both sides, thus maintaining and developing the supply chain amid COVID-19 pandemic.

At the meeting, the two sides also mentioned a number of multilateral issues such as the reform of the World Trade Organisation (WTO) and the preparation for the 12th WTO Ministerial Conference, which is scheduled to take place from November 30 to December 1 in Switzerland.

The Vietnamese side highly valued and supported the EU’s efforts over the years in ensuring that the WTO operates in line with new reality in international trade and investment as well as interests of member countries, especially under-developed and developing ones, said Minister Dien. The EVFTA became effective on August 1, 2020. After nearly one year of implementation, the two sides have enjoyed positive growth in bilateral trade. Their import-export value hit 27.67 billion USD in the first six months of 2021, up 18.4 percent over the same period last year.

Viet Nam exported about 3.2 million tonnes of fuel pellets of various types last year, making it the world’s second-largest exporter of the product, according to the General Department of Customs.

Viet Nam has about 80 pellet factories and production facilities, mostly in the southeastern and northeastern regions, with a combined capacity of close to 4.5 million tonnes per year.

VIFOREST has forecast the global demand for pellets is likely to increase about 250 per cent over the next decade, to 36 million tonnes in 2030.

Forestry product exports expected to reach US$15.5 bilion in 2021

Export turnover of wood and forestry products for the year has been forecast to hit US$15.5 billion, a year-on-year increase of 17 per cent.

The figure was revealed by Bùi Chính Nghĩa, deputy general director of the Viet Nam Administration of Forestry (VNFOREST) under the Ministry of Agriculture and Rural Development, at a conference held on Wednesday in Hà Nội.

The export value of wood and forestry products in the first six months of this year was estimated at $8.71 billion, up 61.6 per cent compared to the same period last year, the conference heard.

Wood processing enterprises continued to push the export of products with high added value such as kitchen cupboards and furniture, Nghĩa said, adding that these are also products that have achieved a great growth rate of 40 per cent.

While appreciating the good results gained by the VNFOREST over the past six months, Deputy Minister of Agriculture and Rural Development Lê Quốc Doanh said it should not rest on its laurels as the industry has been facing challenges from the impacts of the COVID-19 pandemic and natural disasters. Trade barriers would directly affect export activities, he added.

The deputy minister demanded the administration ensure the forest industry is ready to cope with emerging challenges.

Regarding the US’s investigation into some wooden products imported from Viet Nam, Doanh said the wood manufacturing and processing industry needed to be more cautious to show other countries Viet Nam is moving towards transparent trade and is a reliable partner.

It is reported the area of the newly-planted forest has so far reached 108,258ha, accounting for 41.6 per cent of the plan and that of the whole year is expected to hit 260,000ha, meeting the year’s target.

As many as 109 forest fires and 1,329 forest-related violations were recorded in the first six months of the year. The damaged forest area was 1,210ha, a decrease of 53 per cent compared with the same period last year. Of which, 283ha were damaged by forest fires and 672ha due to illegal deforestation.

The administration will strengthen forest protection and management to meet the target of reducing the number of violations by 10 per cent and the damaged forest area by 20 per cent compared with last year. 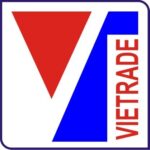