Việt Nam has the third lowest operating costs among nine countries in Asia, just behind Cambodia and Myanmar, according to Asia-Pacific’s leading business transformation consultancy TMX. 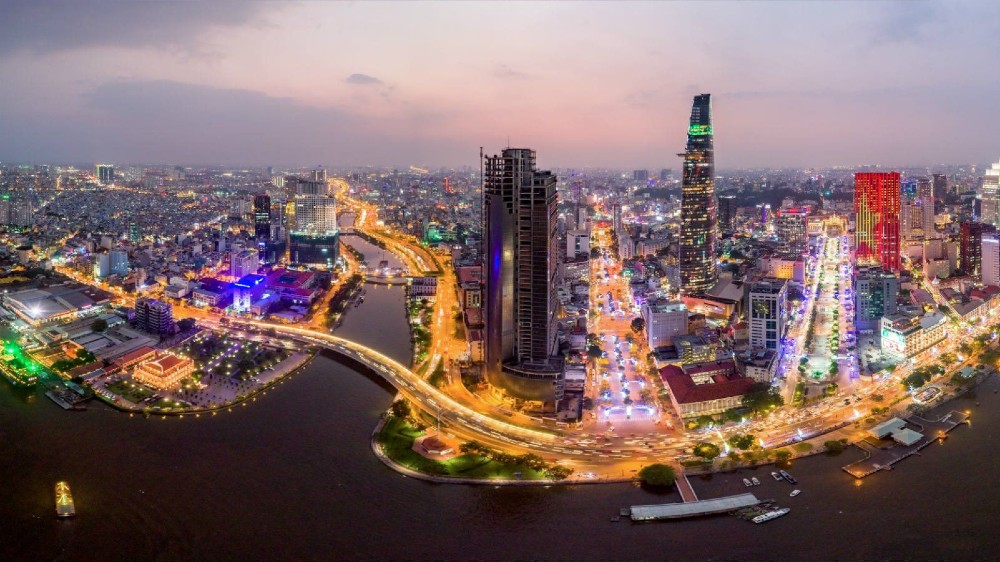 Under the recent TMX report “The great supply chain migration – breaking down the cost of doing business in Asia,” the average total operating cost for a manufacturing company in Việt Nam ranges from US$79,280 to $209,087 per month, compared to leader Singapore at $366,561 and second placed Thailand at $142,344.

As for labour, which forms up to 55 per cent of the total costs across the countries, Việt Nam ranks fourth most affordable, after Cambodia, Myanmar and the Philippines, with an average $108,196 per month, according to the report.

Việt Nam, along with several other countries like Thailand and the Philippines, offers a sizable and relatively affordable pool of labour. While Việt Nam offers abundant employment opportunities, it has fewer highly skilled talent in many sectors with a talent competitiveness of around 35 points, compared to 40 points for the Philippines and Thailand, the report said.

Regarding the competitive scorecard, Việt Nam was rated fifth behind Singapore, Malaysia, India, and Thailand.

In respect of warehouse rental, the second-largest factor in the total cost of each of the nine countries, Việt Nam came fourth in terms of affordable costs, with an average rental of $5 per square metre per month, after Thailand, Myanmar and Cambodia.

When it comes to logistics costs, Việt Nam was classified as a high potential market, which means that the country has relatively higher logistics expenses but is capable of expanding its operations.

Except for Singapore, the other eight countries fell into at least one of the three stages of the manufacturing value chain, comprising ‘basic assembly lines,’ ‘developing supply chains,’ and ‘early automation.’

Countries in the first stage – Cambodia and Myanmar – are suitable manufacturing bases for businesses in sectors like textiles and garments.

Meanwhile, the likes of the Philippines, Indonesia, and Việt Nam, which are categorised in the intersection of the first two stages, offer good bases for businesses in sectors like electronics, which do not require manufacturing sophistication or highly skilled labour, according to the report.

The Cuu Long (Mekong) Delta region, which covers 13 cities and provinces, has many advantages for attracting investment, especially foreign direct investment (FDI), thanks to its huge potential for agricultural production and renewable energy development.

Nhadautu cited Noboru Kondo, CEO of Japanese Brain Works Group, saying that although his Group had invested in Viet Nam for a long time, he had only known about the Mekong Delta City of Can Thơ for about five years.

A few years ago, many Japanese investors only knew about HCM City and some southern provinces such as Long An and Tien Giang instead of the Mekong Delta, due to a lack of information and travel difficulties, so very few wanted to invest in this region, he said.

However, this situation had changed thanks to the region’s improved infrastructure system and this was the best time for Japanese businesses to invest in the area, he told the online newspaper.

In addition to upgraded transport infrastructure, localities in the Mekong Delta such as Can thơ, Vinh Long and Hau Giang have also developed dozens of large-scale industrial parks to provide investors, especially from overseas, with adequate clean land.

Last year the region attracted a total foreign investment of more than US$5.64 billion with the largest amount coming to the energy sector, according to the Foreign Investment Agency.

Long An Province ranked second among 59 localities with US$3.84 billion or equivalent to 12.3 per cent of the nation’s total investment, mainly thanks to the Singapore-invested Long An I and II LNG power plant project worth $3.1 billion, to transmit, distribute and produce electricity in the province.

Meanwhile, Can Tho City came eighth with over $1.32 billion thanks to the O Mon II thermal power plant being invested by Japanese investors to create a thermal power factory for electricity supply for the regional and national power system.

Nguyen Phuong Lam, director of the Viet Nam Chamber of Commerce and Industry’s branch in Can Thơ, outlined eight reasons that investors should invest in the Mekong Delta: favourable business and investment environment, a rich material area, an abundant and low-cost labour force, attractive local consumption, and sufficient clean land for investors.

During a recent meeting with the Mekong Delta Coordinating Council for 2021-25, Deputy Prime Minister Le Van Thanh said the Government had given special priority to several transport projects in the region, including highways and national routes, alongside maritime and aviation.

“If done well, by 2025 we will have 300km of highways in the region, which shows the Government’s commitment on this matter,” said the minister.

The Ministry of Agriculture and Rural Development is also developing plans with each province to build major, quality agricultural production areas for domestic consumption and export, alongside other freshwater reservoir projects.

As of last year, the Mekong Delta was home to 1,839 valid foreign-invested projects capitalised at over $30 billion, accounting for about 7.5 per cent of total foreign investment registered in the country.

Viet Nam’s export turnover of fiber of all types reached a record high of US$5.6 billion in 2021, despite the severe impact of the COVID-19 pandemic, data of the General Department of Viet Nam Customs showed.

Last year, the price of fiber rose by 25 per cent compared to 2020. Of these, cotton experienced the highest growth, followed by polyviscose and polycotton. Many enterprises including the Ha Noi Textile and Garment Joint Stock Corporation (Hanosimex) have benefited from the fiber price hike.

Despite the outbreak of the pandemic last year, Hanosimex’s subsidiaries still operated at full capacity. The corporation attributed it to the fact that they had received orders early and had been proactive in securing materials for their production.

Thanks to a rise in fiber price and good trading, the corporation’s revenue was estimated to reach VNĐ897 billion ($39.5 million) last year, representing 146 per cent of the year’s target. It earned VND675 million from exporting fiber, doubling that of 2020. The profit of Hanoisimex was VND86.3 billion last year, seven times higher than the target of VND12 billion, the  Dau tu (Investment) newspaper reported.

According to Nguyen Ngcc Binh from the Viet Nam National Textile and Garment Group (Vinatex)’s production and business department, enterprises in the fiber industry have gained impressive achievements in terms of production, business and exports.

He said that more than 50 per cent of Vinatex’s profit came from the industry in 2021.

A Vinatex’s report showed that the corporation recorded more than VND16.4 trillion in revenue last year, up 10 per cent compared to the previous year and pre-tax profit doubling year-on-year to VND1.2 trillion.

The corporation has recovered to the same level as before the pandemic. This resulted from an investment strategy on materials that has been carried out over the last five years, Bình said, adding that despite the COVID-19 pandemic, two modern factories were put into operation by Vinatex in 2021 to meet the fiber demand for 2022.

With the resumption of production and supply chains as well as safe adaptation to COVID-19 pandemic measures, enterprises engaged in fiber manufacturing and exporting have enjoyed advantages at the beginning of this year.

Major companies, namely Soi The Ky, Thien Nam and Phu Bai, announced that they are fully booked for the first quarter and some customers like China and the Republic of Korea have pledged to maintain orders from Vietnamese suppliers in the long term.

Ho Le Hung, director general of Hanosimex, said that the corporation will tap the market opportunity in the first months of 2022 to contribute to 50 per cent of the estimated profit of VND70 billion.